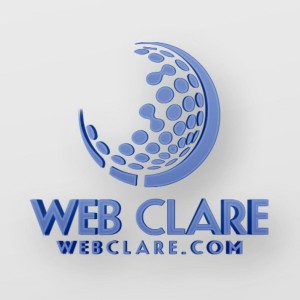 What the Big Tech Companies know about you

Companies like Facebook, Amazon, Microsoft, Twitter and Google/Alphabet are among the world’s most valuable companies. People are starting to hold them more accountable for the impact of their actions on the real world.

From the Cambridge Analytica scandal to the transparency of Apple’s supply chain, it’s clear that big tech companies are under higher scrutiny. Unsurprisingly, much of this concern stems around one key currency that tech companies leverage for their own profitability: personal data. This is used by many companies to run Ads on the various platforms to “personalise Ads”.

Have you ever asked yourself, “What does Google know about me?” The answer is uncomfortable. What Google knows about you includes everything from your clicks on ads to your birthday to the device you’re using right now and the Wi-Fi network it’s connected to.

Sample of some data Google has on you:

But Google pales in comparison to some of the other big companies that sell your data or collect it out there.

This is what the big six tech companies have officially admitted to collecting as far as personal data about you, according to their official privacy policies.

The world of personal data collection is varied, with some companies going so far as to memorize your voice and facial features and some, like Twitter, being comparatively hands-off. Twitter doesn’t even keep name, gender, or birthday data, but they do know the device you use, your messages, and your time zone.

Despite the recent controversies behind Facebook selling information and endangering the public, the company still collects information on your race, religion, physical location, education, income level, work, relationship status, and political views. This data can be exploited by advertisers and (hopefully not nefarious) others. Congress is less than happy about the idea of Facebook selling personal information.

Should Amazon have access to government IDs as well as the credit cards they already have? Since Amazon also operates somewhat like a search engine, they know a lot about your buying, clicking, and purchasing history.

Apple is surprisingly lax on their customer data collection.

Oddly, the company doesn’t seem to be interested in mining all of its customers’ information. Often, they will track metadata, such as the times when messages are sent, but not the calls or messages themselves.

Google and Microsoft are the big players in town for collecting data.

With Cortana listening in and Gmail seeing all of your emails, the ubiquitous nature of Google and Microsoft gives them access to an uncomfortably large amount of your information.

Remember - If you are not paying for the product/service, then you are the product!

SEO for Ireland and International businesses

Web Clare has rebranded as Agile Digital Strategy with an expanded suite of Digital Marketing Services for new and existing SME’s.